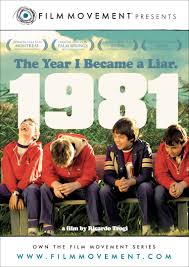 Quite by accident, mostly because there was nothing interesting to watch on TV that I hadn’t already seen or that I wanted to blog about, I searched for a film to rent this weekend. What a gem I found. Ricardo Trogi’s autobiographical 1981: The Year I Became a Liar (alternate titles, 1981: l’année ou je suis devenu un menteur).

Prize-winner in several independent film festivals, this 2009 film is one of the most delightful and poignant coming-of-age stories I’ve ever seen. It neither sentimentalizes nor romaticizes the director/author’s memories of his childhood. Instead, Trogi, who also narrates, and his actors present a realistic comedy-drama of how virtually all young people see themselves as the center of the universe, and the unhappy events that can unfold from such ego-centric visions. 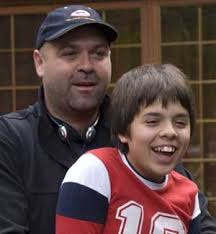 Starring Jean Carl Boucher (shown above with Ricardo Trogi) as the 11-year-old, transplanted Trogi, Ricardo is unhappy with his name, his looks, his family life, and his school environment. The young Trogi dreams of nothing more than having his Italian name pronounced correctly — which even his teacher cannot do — 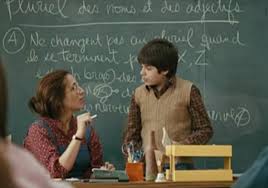 and filling his life with all the wonderful things he sees in his prized catalogue. 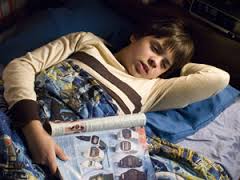 Lying in bed — with his belovèd Star Wars sheets and comforters — each night, he daydreams about how having more possessions will make him cooler, more interesting, and make him fit in better with the neat kids in the school.

The neat kids are represented by the “K-Reds,” named for their coolio-and-the-beans red jackets, which Ricardo can only imitate with a red hooded sweatshirt under his decidedly boring jacket. In his eyes, the K-Reds can do no wrong, despite their obvious snobbery, which seems to have nothing to do with looks, family income, grades, apparent intelligence, or bike tricks through the woods. 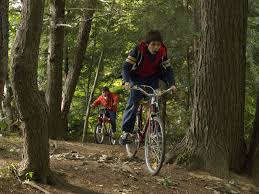 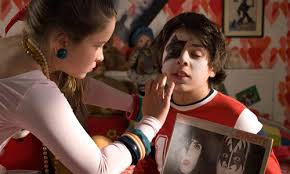 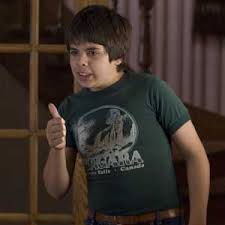 He parts his hair down the center.

Still, no matter how hard Ricardo tries to be accepted, liked, or admired, he just doesn’t fit in.

From his hair to his “big butt,” he thinks he’s a loser.

And it doesn’t help that he thinks his entire family are losers, too.

From his dad, who never seems to be able to keep a job…

To his mom, who works multiple jobs to live in a house they can’t really afford, and does not like Ricardo’s lack of appreciation for everything she does for the family… 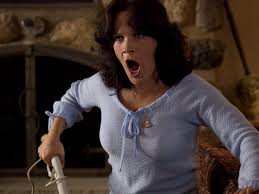 To the K-Reds — are they laughing with him or at him? — Ricardo is an outcast.

And then, the unimaginable happens. 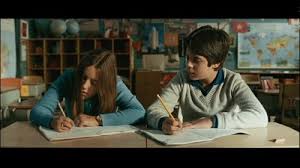 Ricardo must do something.

He simply cannot continue to live his life this way.

He decides to become a liar.

It changes his life.

But how long can he continue inventing stories — about himself, his family, his history? 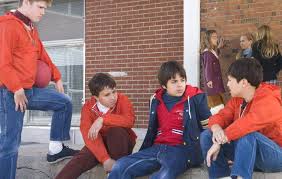 How long before someone discovers his lies? 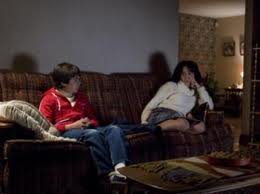 And what will happen when they do? 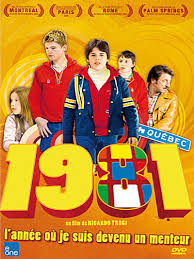 A charming yet bittersweet look at the insecurity and discontent most of us feel when we’re young, when we don’t fit in no matter how hard we try, Ricardo Trogi’s autobiographical film 1981: The Year I Became I Liar is a delightfully honest and poignant examination of the difficult change from childhood to pre-adulthood.

In Quebecois-French (which adds to the humor if you understand French because the dialect sometimes sounds like dialects in American English that are considered “illiterate” just because of different pronunciations or vocabulary) with English subtitles, 1981: The Year I Became a Liar is available for rent from Amazon. Free for Prime Members and $3.99 HD for anyone else for a 7-day rental period.

Note: This is the first time I’ve tried to embed a video from IMDb (above), but the YouTube official trailer (below) for The Year I Became a Liar is in French, without subtitles. Please let me know in comments if you can’t see the video, or if clicking on the title of the film in the final paragraph of the blog post doesn’t take you to the correct IMDb trailer.