All By Myself: PENNY DREADFUL s2 Finale 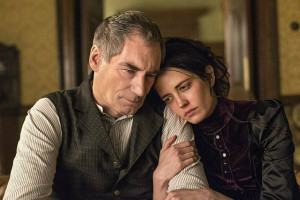 The season 2 Finale of Showtime’s Penny Dreadful was gory, frightening, and sad, even if some of the characters’ actions were a bit predictable. Their ultimate fates seemed almost like an ending to the series, so it was with relief that I read — before watching — that the series has been renewed for another season. Oh, there were plenty of loose ends that would allow for a “cliffhanger” finale, and this season’s finale surpassed the first season’s in many ways. But the entire “family” that’s been formed over this season was torn apart, leaving virtually all characters completely alone, both physically and emotionally. 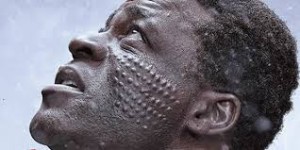 Yes, grab your tissues, my Dreadfuls, for Sembene (Danny Sapani) is, indeed, dead.

Not that we would have expected him to survive having his throat torn out by Ethan (Josh Hartnett) after Hecate (Sarah Greene) locked them in a narrow passage of stairs, closed off by un-breachable doorways.

Still, it’s sad. The relationship between Ethan and Sembene has been one of the most interesting stories in the season. It’s delightful to see that men can honestly and deeply love each other without sexuality being involved. 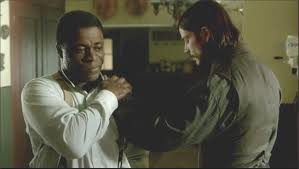 Poor Ethan was devastated by the fact that he’d killed Sembene, though he could not have prevented it. He attempted to — by trying to commit suicide before he changed into a wolf — but Sembene stopped Ethan, reminding him, “You are chosen by God.” All the while knowing that there would be no way to defend himself from Ethan. 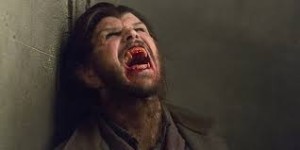 What we didn’t know was how attached Sir Malcolm (Timothy Dalton) was to Sembene. He’s always referred to him as a servant, albeit a trusted one. But after Malcolm was released from the locked, enchanted room — where his dead family members were trying to convince him to kill himself and join them — he was shown holding Sembene in his arms. Weeping. I don’t recall seeing Sir Malcolm weep in this series, not even when his children died.

Sir Malcolm was on a boat at the end of the finale, taking Sembene’s body back to Africa.

This showed his great respect and love for Sembene, since Sir M didn’t even bring his own son’s body back from Africa for burial. 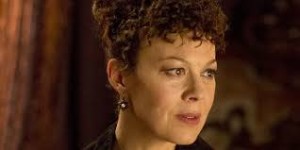 I think most viewers were reasonably confident that Evelyn (Helen McCrory), the leader of the Night-Comers, would not be able to successfully capture Vanessa, and not only because her own daughter Hecate opened the door that allowed Ethan as Wolf to come into the doll-factory and tear out Evelyn’s throat.

No, Evelyn was already failing before her throat got ripped out. 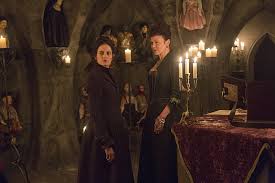 Because Vanessa — whether she is good or evil — proved herself more powerful than Evelyn and than the “Master.” 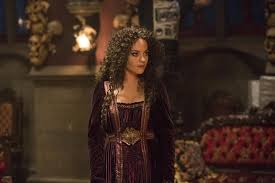 Evelyn had already begun to age, screaming at her failure to deliver Vanessa to Lucifer as his bride, when Hecate showed herself the more clever opponent by releasing the Lupus Dei to kill her mother. With Evelyn out of the way, Hecate packed up her mother’s box of witch-y instruments, set fire to the doll factory, and strolled out of the house, singing “The Unquiet Grave,” which we heard Evelyn singing in the premiere, as she bathed in a tub of blood.

No doubt Hecate has her own plans for serving Vanessa up to the Master, whether it be Lucifer, who rules in Hell, or his brother, the Dracula figure, whom we have not actually ever met, and who rules on earth. 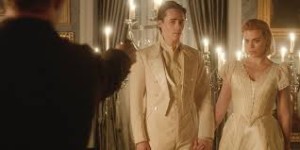 Poor Victor (Harry Treadaway). As if being tormented by his creations in Evelyn’s locked room (while Sir M was being tormented by the ghosts of his family) wasn’t painful enough, he was released from that enchantment to a much more painful reality.

Lily (Billie Piper) does not love him.

After Victor went to Dorian’s (Reeve Carney) mansion and found the two newly pledged immortal lovers dancing, he shot Lily. Then Dorian. I guess Victor forgot that Lily, at the very least, was immortal. He quickly discovered that Dorian was as well. As he stumbled out, the two “lovers” danced on, blood spilling on the hardwood floor from their wounds. 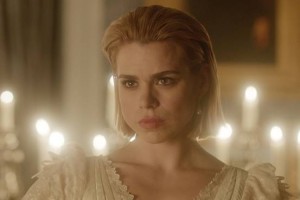 Afterward, no doubt thinking of the lovely but heartless Lily, Victor stuffed himself with enough morphine to make me wonder if he’d die of an overdose.

Too bad it wasn’t enough to ease his broken heart. 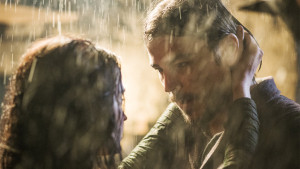 So what was Lucifer’s great temptation for Vanessa (Eva Green)?

To be normal. To have an ordinary married life with Ethan. To have children. To be happy.

And it was really creepy to have the fetish-Vanessa-doll talking in Eva’s voice as the “Master.”

How much more satisfying for the viewers and for the show itself when its entire theme is the evil within each of us. How much better than to portray some winged beastie from religious documents over the centuries. Vanessa confronts the Master of Evil, and he speaks to her in her own voice, from an image of her own face. 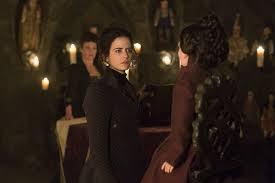 Only one evil could really tempt Vanessa.

The evil in herself.

Vanessa proved herself a worthy opponent to her own inner demons. Matching the devil-doll virtually word-for-word in Verbis Diablo, Vanessa was able to vanquish the doll, then crush it, saying, “No, meet your master.” 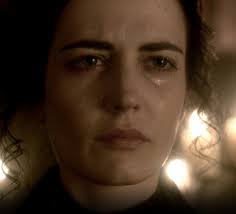 Realizing and releasing her own inner evil may have caused Vanessa to weep, but it didn’t stop her from winning. 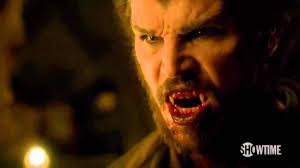 But what would any love story be without its obstacles?

In this case, Ethan apparently cannot live with his own inner beastie, now that he knows what it is, and now that he’s killed Sembene. Ethan turned himself in to Inspector Rusk, confessing to the murders at the Mariner’s Inn. Ethan expected to be jailed or hanged, perhaps, before the next full moon. But the Inspector had an Extradition order ready and waiting.

An extradition order for Ethan Lawrence Talbot, which is Ethan’s real name (and a tribute to the 1930s Werewolf films starring Lon Chaney, whose character’s name was Lawrence Talbot). 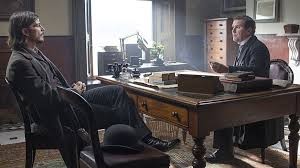 The final scene of Ethan was with him in a cage in the hull of a ship, his head shaved — or so it seemed — and Inspector Rusk sitting in front, watching.

On their way to America. 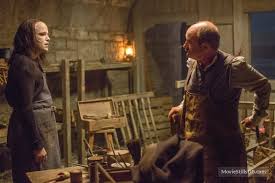 It was rather surprising that the Putneys, beasties though they be, were able to imprison Frankenstein’s first Creature, now going by the name of John Clare (Rory Kinnear). After all, even Lily is frightfully strong, and she was only a small female in her former life.

So it actually was not a surprise that, in the finale, Clare — after agreeing to be a “good little freak” and help train the other freaks, soon to be present in the Putney dungeons — simply broke down the doors of his cage and swiftly broke the necks of Mr. & Mrs. P.

Their blind daughter Lavinia, who had so treacherously betrayed Clare by pretending friendship before locking him in the cage herself, was left alone, unharmed, screaming for her parents as Clare walked away.

By leaving her alive, the Creature has once again proven that he is more humane than most of the human characters in the show. 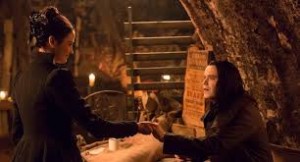 One of the most poignant moments of the finale came when Clare, who has decided to leave all mankind behind, met Vanessa for the last time. He asked her to go with him. She declined.

Clare was shown on a ship in the Arctic, which is where the Creature ends up in the novel after the death of the book’s Frankenstein.

It was a sad and lonely scene.

I do hope he’ll long to return to humanity.

After all, he’s the most human of any of the characters.

And he’s one of the show’s most interesting “creations.”

No, she can’t have Ethan. Not as a normal woman with a husband and children. Perhaps, she can’t have him even though each knows the darkness and evil that lies at the other’s center.

At least, not yet.

Ethan is caged, on a boat bound for America, unbeknownst to her.

Furthermore, Sir Malcolm has abandoned his great house to take his friend and companion Sembene back to Africa. His ward, Vanessa, whom he claims to love like a daughter, is alone.

Not as the new Cut-Wife of Ballantrae Moor.

The one whom the Master still seeks above all.