All the Great, Grand, Glorious Heroes of the Revolution: Sergio Leone’s Duck, You Sucker 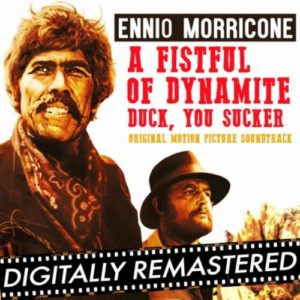 Director Sergio Leone is credited with re-inventing the western film genre by presenting a more graphically violent and morally complex vision of the American Old West. Despite his never having visited the United States and not being able to speak English, Leone created western heroes, villains, and films that changed the genre forever. Paying tribute to Hollywood’s westerns while, at the same time, significantly humanizing them, Leone’s characters, heroic or villainous, are dirty, sweaty, and unshaven. It is often difficult to determine which are the heroes and which the villains in Leone’s films since all his characters are “morally ambiguous… [either] generously compassionate, or nakedly and brutally self-serving, as the situation [demands].” The relationships of Leone’s characters “[revolve] around power” and are emotionally, rather than politically, driven.

In Leone’s second major trilogy of thematically connected films, sometimes called the Once Upon a Time trilogy — Once Up a Time in the West; Duck, You Sucker (also titled, Once Upon a Time… the Revolution, or A Fistful of Dynamite); and Once Upon a Time in America, the setting is not always the American Old West, and Leone concentrates more on the “rituals preceding violence than on the violence itself.” In Leone’s first trilogy of Westerns, the Dollars Trilogy, the protagonist doesn’t change, although those around him often do, if only because of his violent acts. In the Once Upon a Time trilogy, instead of there being a single protagonist, who is most often considered the “hero” of the story though he is neither moral nor “good,” there are at least two protagonists, and they do change during the course of each individual film’s story, which is “unusual” for Leone characters.

Though they might initially oppose each other, these protagonists are even less clearly defined along the traditional lines of good/evil or hero/villain or even protagonist/antagonist. The female, who was intimately connected with the two protagonists’ battle in Once Upon a Time in the West, has completley disappeared in Duck, You Sucker (1971): the story focuses only on its male protagonists.

The moral journey of the emotionally complex protagonists in Duck, You Sucker occurs despite — or perhaps because of — all the guns, explosions, and battles during a revolution, but Leone’s protagonists are not even conscious of their changing behavior or natures.  These two men are trying to survive outside the political situation around them. For them, and for the film’s viewers, the Mexican Revolution is mere backdrop. Duck, You Sucker is, instead, a biting examination of racism, class differences, imperialism, and the violence that is sometimes used in an futile attempt to achieve permanent social and moral equality.

Rod Steiger and James Coburn, as Juan and John, respectively, in Duck, You Sucker ©

Despite the film’s constantly being edited to remove scenes considered too politically sensitive, too violent, or filled with too much profanity; despite its being marketed variously as a comedy or a satire of westerns rather than as a drama; and despite its rather strange original title, which is apparently a bad translation of the Italian Giù la Testa (Duck your Head), and its subsequent release under various other titles such as A Fistful of Dynamite and Once Upon a Time… the Revolution, this film is one of Leone’s best. Its exploration of the individual vs. society, loyalty to personal codes of conduct and honor vs. obligation to fellow man, and private vs. political justice is moving and powerful. 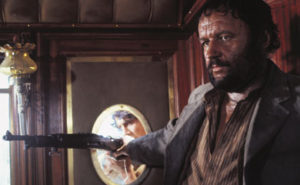 In a rural desert, a dirty, barefoot, obviously poor Mexican peasant waits at an isolated stop for the stage. Though the driver is intially reluctant to allow the peasant to board, despite his offering to pay for this passage, the driver decides it would be a good joke to put the dirty man aboard with the wealthy patrons. Inside, the others immediately insult and criticize the peasant, talking about him as if he were unable to hear or understand what they are saying. Along the road, the stage is ambushed by armed bandits, and the peasant is revealed as their leader, Juan Miranda (Rod Steiger), who immediately takes revenge against the wealthy, upper-class patrons.

Before Miranda and his gang have left the scene with the stolen stagecoach, they are distracted by explosions and the subsequent arrival of a motorcyle-riding stranger. Miranda disables the motorcycle and attempts to rob its driver, but is confronted by a man more cool-headed and cold-blooded than himself: Irish political terrorist turned mercenary, Seán (John) Mallory (James Coburn). 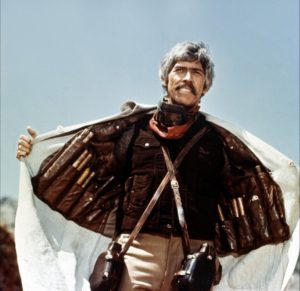 In the violent struggle that ensues, the two men vainly attempt to outwit and physically master each other. When it’s clear that Irish John cannot be intimidated or emotionally manipulated, Juan decides he can use John’s skills to fulfill his own life’s dream of succesfully robbing the biggest bank Juan’s ever heard of, the Mesa Verde National Bank. 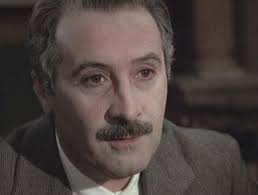 In Mesa Verde, the two begin working together, although unbeknownst to Juan, John’s motives are quite different from his own. In a secret meeting, Juan is introduced to one of the revolutionary leaders, Dr. Villega (Romolo Valli, above), who wants to overthrow the corrupt and tyrannical local governor, Don Jaime (Franco Graziosi, below), and change Mexico’s entire social structure. 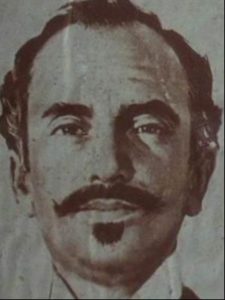 Though sometimes considered the film’s antagonist, Reza/Ruiz’s character is completely undeveloped, which makes it clear that he is not important enough to be the antagonist. Reza/Ruiz functions merely as a catalyst for the evolution and moral development of Juan, John, and, in a minor capacity, Dr. Villega. Even Villega, though his character is important enough to be slightly developed, is really only vital to the story because of his treachery toward the major protagonists, Juan and John, and how his betrayal changes them.

James Coburn as John, and Rod Steiger as Juan, Duck, You Sucker ©

The story of this brief moment in the Mexican Revolution is interwoven with flashbacks revealing John’s time in Ireland fighting the British government. Featuring a former comrade and the women whom both men loved, these flashbacks have no dialogue: only a musical soundtrack. 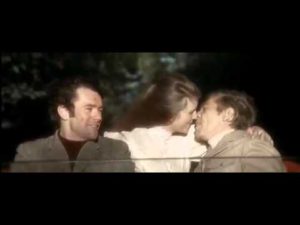 John’s former comrade Nolan (David Warbeck); Colleen (Vivienne Chandler), the woman they both loved; and Seán/John (James Coburn, in Ireland, in flashbacks only, Duck, You Sucker ©

Apparently, this time, in Mexico, John wants to get the revolution right. Meanwhile, Juan only wants revenge against everyone for his own poverty and illiteracy. The story’s violence increases, but begets nothing except more horrific violence, more betrayal, more death. 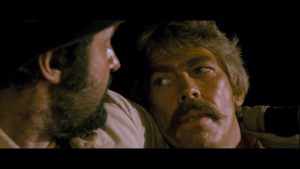 Rod Steiger as Juan, and James Coburn as John, Duck, You Sucker ©

When finally offered a chance to take hold of his dreams, “Chicken-Thief” Juan and “Firecracker” John each realizes that he no longer wants what he once most desired. Each discovers that he is not the man he once was, and that he must now make different moral and political choices, difficult and surprising as those choices may be.

The chemistry between Coburn and Steiger, as “John and Juan,” who eventually form a bond that forces each of their characters to evolve, is one of the things that makes Duck, You Sucker one of the best films ever made. The intellectual political terrorist John (Coburn) begins to see the human element in any revolution while the cynical and amoral Juan (Steiger) stops thinking only of himself and his own selfish gain, learning to care more about his family members as individuals, his relationship with his fellow man, and his country. From a relationship built on fear, intimidation, and coercion rises a relationship built on love, respect, and empathy. 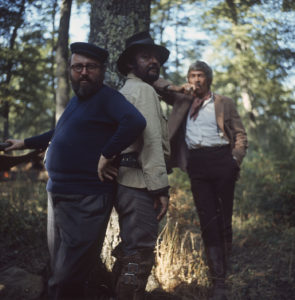