Answers to Your Questions about HBO’s TRUE DETECTIVE season 2 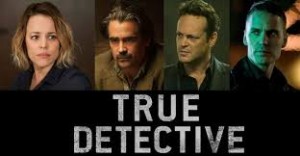 Despite the fact that True Detective season 1 quickly developed cult status and a large fan-base, season 2 is floundering in the ratings.

Now, none of us who admired creator-writer Nic Pizzolatto’s True Detective season 1, starring Matthew McConaughey as nihilistic but doggedly efficient Rustin Cole, and Woody Harrelson as his “good ol’ boy” partner Martin Hart, will say that the initial season was perfect: there were too many plot-holes that were never answered and far too many “red herrings” for the show to be considered stellar.

Not even Pizzolatto’s post-Finale interviews satisfied viewers (in fact, in those interviews, Pizzolatto seemed disdainful of the questions and appeared to mock fans).

The acting of the two principals, as well as an edgy serial killer plot, seems to be what made True Detective so fascinating during its initial season. It would be a shame to lose all its fans during season 2.

In an effort to help viewers enjoy the final two episodes of True Detective season 2, I decided to find answers to some of the questions that seem to be troubling fans the most. 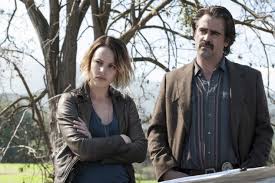 Don’t worry about the fact that none of them, technically, is really a detective anymore, and most of them don’t have jobs. Just enjoy the fact that there are three of them: Ray (Colin Farrell, above R), Ani (Rachel McAdams, above L), and Paul (Taylor Kitsch, below). 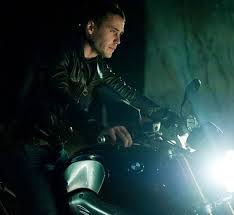 If two were good, then three is better.

◊
Who is the mysteriously
scarred woman in the bar? 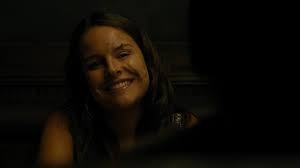 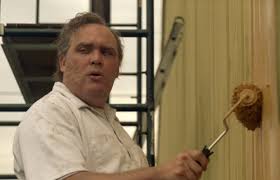 and his biological sister, who “planted flowers” together. 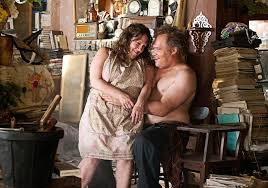 Between the finale of season 1 and the premier of season 2, the mysteriously scarred woman was rescued from Carcosa.

Who did Rachel McAdams hair? 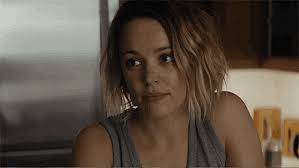 She did it herself.

Who is Pantsuit-Woman
and how did she get so powerful? 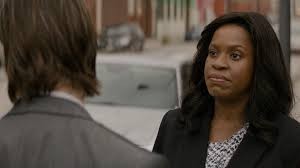 I don’t know, but when she bosses people around, they listen.

Besides, she represents two minorities in one character, even if she’s not a major player in the show: an African-American, and a female, so just thank Affirmative Action. 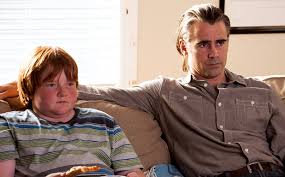 Eleven years ago, Ray and his wife were trying to have a baby but nothing was happening. Then she got raped and got pregnant.

Look at Ray (above).

Look at his wife (below). 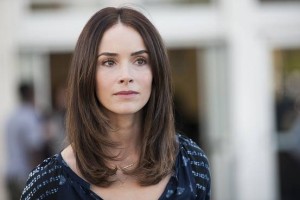 Will Gangsta-Frank and his wife Jordan
ever be able to have a child of their own? 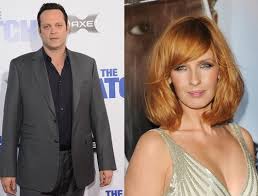 Just as soon as Gangsta-Frank (Vince Vaughn) can relax enough to do it in a cup for IVF since his lovely wife Jordan (Kelly Reilly) has admitted that she had 3 — not 1 — legal abortions, which everyone knows — except, apparently, writer Pizzolatto — do not affect your ability to get pregnant in the future.

Chubby Ginger will play gangsta-son, in a dual role.

◊
What’s on the missing hard-drive
that everyone’s searching for? 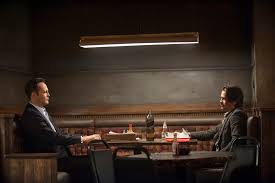 All the deleted scenes from True Detective season 2 that were considered “too slow,” or “less interesting,” or which had “more senseless, meandering dialogue” than the others.

◊
Who are these missing women
everyone’s mentioning? 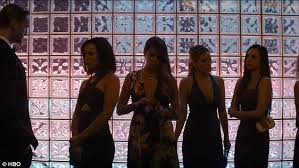 They’re female crew-members who got left behind in the Louisiana bayous from True Detective s1.

◊
Is Gangsta-Frank ever going to go legit? 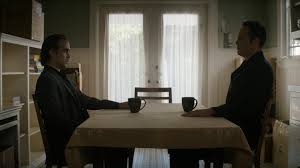 Yes, it’s already been revealed that Vince Vaughn and Colin Farrell will play the detective partners in season 3.

◊
Who the hell is Stan? 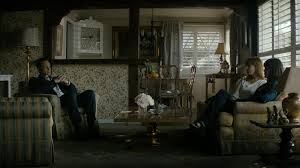 Last week, Gangsta-Frank and wife Jordan were seen comforting Joyce, who was weeping over the death of her husband Stan as Jordan handed her an envelope stuffed with mucho bundles of cash-o-la.

Twitter feeds lit up over the death of Stan. 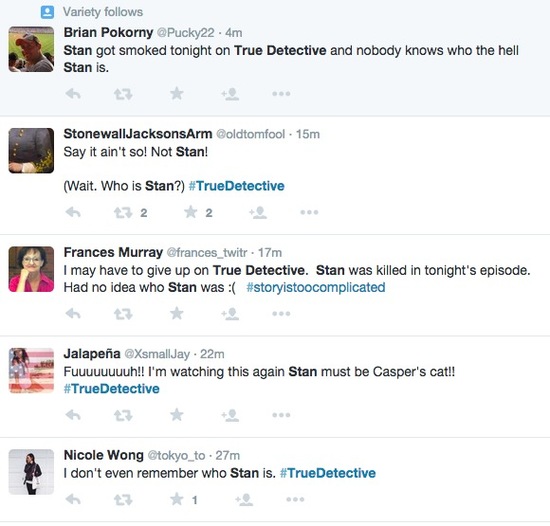 Pajiba was nice enough to interview the always-in-the-background character actor who played Stan for a few minutes in a couple of early episodes: Ronnie Gene Blevins.

Who was Stan in True Detective?

One of Frank’s bad boys.

◊
What’s with all the aerial freeway shots? 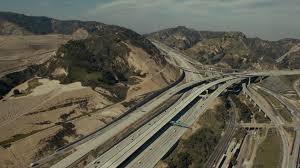 So viewers remember what California looks like before the San Andreas fault goes berserkers and Beach-Boy-Land falls into the Pacific Ocean.

◊
What’s with Ani and the knives? 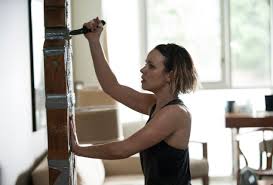 Ask the boyfriend from episode 1 who “went limp” when she asked for something special while they were having sex.

◊
Why is Lera Lynn always singing
those depressing songs in the bar
where Gangsta-Frank and Ray meet? 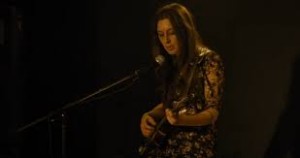 Because the ratings keep going down.

◊
What’s with all these tagged sticks in a field? 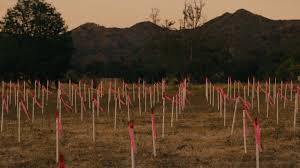 That is a very good question. 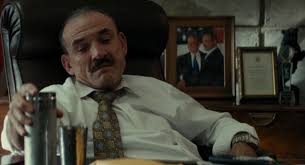 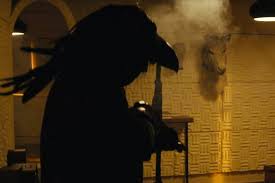 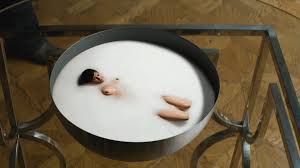 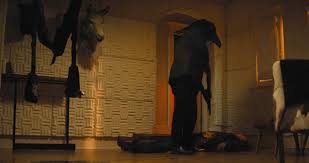 The same guy who killed Casper. 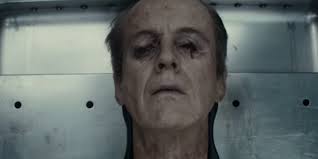 HBO’s True Detective is the Best Mini-Series on TV

Why HBO’s True Detective is Not Shallow

The Good, the Bad, and the Scarred: Inside HBO’s True Detective Finale