Only with the Heart 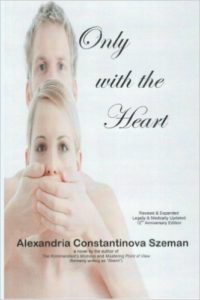 When Claudia Sloane is arrested for the murder of her mother-in-law, everyone is stunned, especially her husband Sam. Claudia loved Eleanor as if she were her own mother and would never have hurt her. At least, that’s what Claudia insists. But even Sam begins to wonder how far Claudia would go in the name of love: did she help the terminally-ill Eleanor commit suicide?

Upon first marrying Sam, Claudia thinks she’s found the “happily ever after” life she’s always dreamed of. She has an affectionate and devoted husband, and, in Sam’s mother, Eleanor, the orphaned Claudia finds the mother she’s longed for. The perfect family soon crumbles, however, as Eleanor descends into violent & unpredictable emotional eruptions, physical attacks, protracted silences, incontinence, even suspected suicide attempts.

Soon, the money saved for other projects, including children and family-businesses, is depleted taking care of Eleanor. Claudia loses her own business, and her marriage to Sam is suffering from the strain of his mother’s care. When Eleanor is found dead with a collection of empty pill bottles scattered around her bed, Claudia is charged with murder, and the family’s world is blown apart. Again.

During the widely publicized trial, Sam tries desperately to maintain his belief in his wife’s innocence despite the mounting evidence against her. Meanwhile, Claudia unwillingly begins to suspect that Sam may have helped his own mother commit suicide, but is letting his wife risk conviction for the murder.

Gripping and suspenseful, compassionate yet unflinchingly honest, Only with the Heart deals with the dreadful effects of terminal disease on its patients and their Caregivers, explores our primal need for acceptance and family ties, and examines the complex and evolving nature of love.

Read an excerpt (chapters 1-3) from
Only with the Heart

Read Only with the Heart free
any time with  Kindle Unlimited

—
Editorial review of Only with the Heart, Revised & Expanded, Legally & Medically Updated, 12th Anniversary Edition © 2000, 2012, 2013 by Alexandria Constantinova Szeman & RockWay Press. May not be reprinted or excerpted without written permission. Please do not support piracy of Intellectual Property. 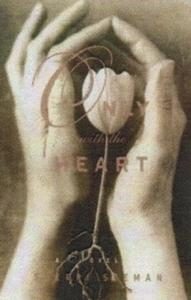