FX’s THE BASTARD EXECUTIONER: Stillborn Before it Ever Aired

So all of you viewers who were hoping to see the (unlikely and improbable) romance between the Faux Executioner (Lee Jones) and the Baroness (Flora Spencer-Longhurst) develop into a relationship that made more sense than it did all season will just have to imagine it.

Because you will never see it.

And it is delusional to imagine that any other network would pick the show up for another season, given its horrifically crashing ratings, so please don’t start any petitions begging for the show to be renewed.

Because FX axed the show while it was in production. 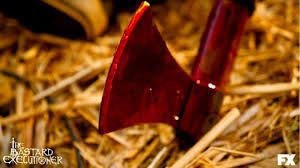 Halfway through the filming of the season.

Creator-writer Sutter (who also played the Healer Annora’s scarred mate) claims he didn’t tell the actors that the show was cancelled before it even aired because he feared it would negatively affect their performances. 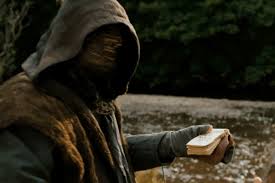 I’m not even going to waste my time or energy attempting to figure out who Sutter (above) thought was putting in a performance that was anything other than mediocre.

He probably thought his real-life wife, Katy Sagal, who, in a laugh-out-loud sub-plot, played a former nun, now-Healer Annora, a “direct blood descendant” of Jesus “the Nazarene, son of Joseph,” and birth-mother of the Faux Executioner — making him another “direct blood descendant” of Jesus — was doing a competent job since she was somehow managed to deliver her ridiculous lines without laughing.

And I’m talking content here, not her bizarr-o accent. 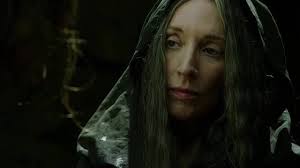 But, to borrow a phrase from the wonderful bloggers of Clarissa Explains Fuck-All, founders, co-editors, and writers Amy Mackelden and Amy Roberts, who are concerned with “female representation in cinema, women and sexuality in horror, vintage hotties, pop music’s take on feminism, and bad fucking writing in general,” I “call bullshit” on FX’s airing a show that they’d already cancelled during production.

Hey, you FX exec-type guys, if you knew the show was that bad in the middle of production, and you still aired the show, then you must really think your viewers are morons.

You should’ve just taken a dagger  and cut all the contracts into shreds. 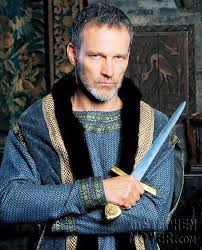 You should’ve paid out whatever “early termination fees” you owed, even if you did get financially burned, and given us the quality television we deserve. 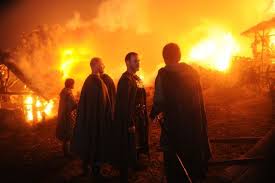 You have lost my respect forever, FX, because you intentionally aired a show you cancelled in the middle of production.

May you metaphorically end up like some of the women in The Bastard Executioner — with your career “heads” cut off and twisted around backwards — for inflicting such trashy writing, gratuitous and egregious violence, and bad acting on your viewers.

You guys deserve the “True Death” so that you can never do this to us again.

Call Sookie: maybe she can help you out. Stephen Moyer, aka the Chamberlain, knows how to get in touch with her. 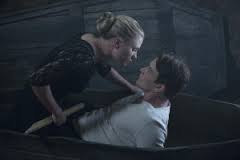 My dear fellow bloggers, Amy and Amy, in case you missed any of The Bastard Executioner, you can officially add it to your list of “bad fucking writing in general.”

Praise Jesus, we have all been saved from any subsequent seasons.

Too bad we weren’t saved from the already cancelled halfway through production first season.

It was a real torture chamber. 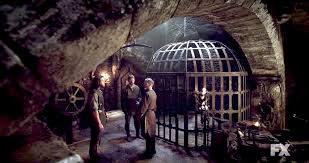