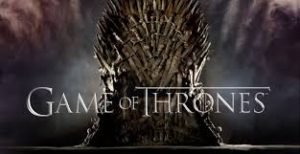 Created and (mostly) written by David Benioff and D. B. Weiss, and based on the fantasy novel  A Game of Thrones, Book 1 of the best-selling series A Song of Ice and Fire by George R. R. Martin, Game of Thrones is set in the fictional land of Westeros, composed mainly of The 7 Kingdoms, where royal claimants and usurpers fight for the right to sit on the Iron Throne. 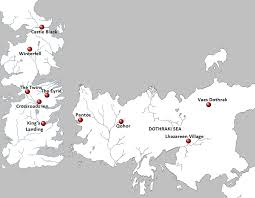 Season One concentrates on three major families: the Lannisters, the Starks, and the Targaryens. Their stories become interwoven with their claims to the throne, and their loyalty to their ruler.

The Lannisters
(in the South) 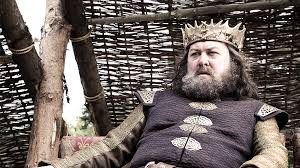 Robert Baratheon (Mark Addy), “First of His Name,” is King in Season 1 of Game of Thrones, having won the throne in battle (also called “rebellion”). The Lannisters are the ruling family since Cersei (Lena Headey) is the King’s wife, and his Queen. 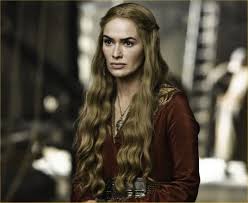 Surrounded by her brothers, Jaime (Nikolaj Walder-Costau) known as “The Kingslayer” because he killed the previously ruling king, 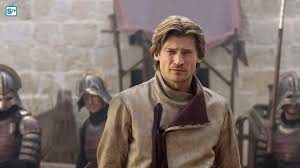 and Tyrion (Peter Dinklage) known as “The Imp” because he is a dwarf, 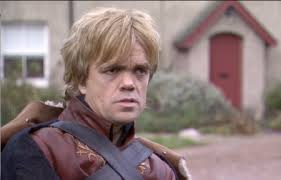 Cersei wants to ensure that her son Joffrey (Jack Gleeson, below) inherits the throne after King Robert’s death. 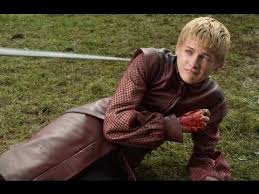 To help ensure the family succession, the head of the Lannister family, Tywin (Charles Dance), does whatever he deems necessary, from lending King Robert enormous sums of money, to going to war. 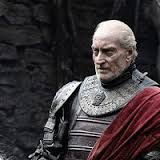 Can the Lannisters stay in power?

The Starks
(in the North) 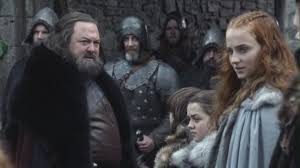 When King Robert comes to Winterfell, asking his long-time friend Lord Eddard (Sean Bean) to come to court to serve as the King’s Hand (financial minister), the Starks become more intimately involved in the deadly political game. Eddard, who guards the North, reluctantly accepts the role of The Hand. 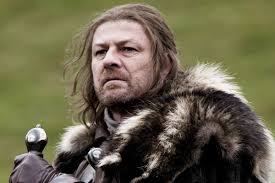 His two daughters accompany Eddard to the court in the south, at King’s Landing. The eldest, Sansa (Sophie Turner) is formerly engaged to Prince Joffrey. 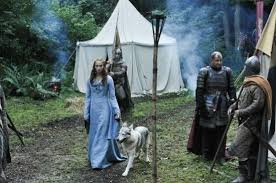 While the youngest, Arya (Maisie Williams) fights to remain independent and honest. 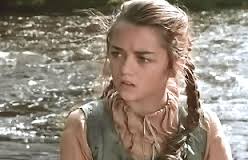 The Stark sons, Bran (Isaac Hempstead-Wright, below L), Jon (Kit Harington, below center), and Robb (Richard Madden, below R), must deal with their own difficulties regarding the Lannisters and their father’s absence. 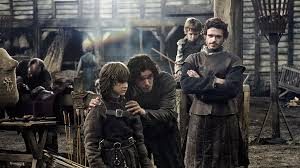 Will the members of House Stark survive?

The Targaryens
(in the East)

King Robert ascended to the throne after The Kingslayer Jaime Lannister killed “The Mad King” Targaryen. His children, in exile, want the throne back. To regain it, Viserys (Harry Lloyd) 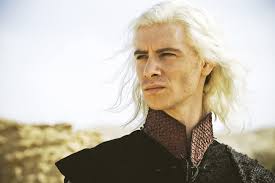 arranges a marriage between his sister Daenerys (Emilia Clarke), 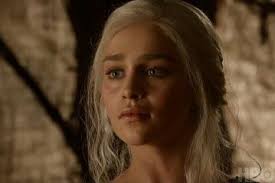 and the “King” — Khal — of the Dothroki horse-tribe, Drogo (Jason Momoa), a legendary warrior who has never been defeated in battle. 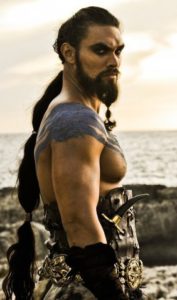 With the army he plans to get from Khal Drogo, Viserys intends to invade Westerns and take the Iron Throne back from the usurpers.

Can the Targaryens successfully reclaim their ancestral throne?

The Wall
(even further North) 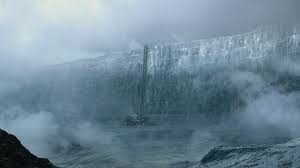 As if all the political and emotional dramas surrounding the Iron Throne weren’t enough, author Martin throws in The Wall, a huge, almost magical barrier of ice in the North, meant to protect the 7 Kingdoms from roving bands of Wildlings as well as from the mysteriously re-animated corpses known as the White Walkers. 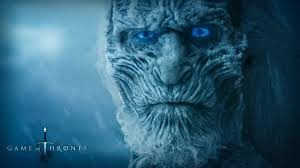 Guarded by the men of The Night’s Watch, The Wall is a barrier of Ice that introduces an element of the paranormal into Game of Thrones.

Think of Game of Thrones as a medieval costume drama in an unspecified kingdom, complete with jousts, duels, illicit love affairs, and war. Throw in witches, dire-wolves, the re-animated White Walkers, and some dragons, and the story is amped up into high fantasy. 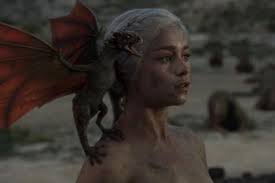 Though the premiere was a little confusing till you got all the families figured out, it was still interesting enough to watch the next episode. Strong scripts, complex and memorable characters, snappy dialogue, and powerful acting by all the cast members — including the children — make the HBO dramatic series Game of Thrones worth watching whether you’ve read the books or not.

Initially, I watched the show without having read the books, but didn’t like the fantasy element. Now, a few years after reading the books, I simply accepted the fantastical elements of the show, and enjoyed it for its riveting plot, fascinating characters, action sequences, and droll touches of humor.

Game of Thrones Season 1 is available for purchase for $19.99 from Amazon (or free with a 30-day HBO trial), for $28.99 from GooglePlay, and for $38.99 from iTunes (go into iTunes to purchase). (Pricing differences seem to be for SD versus HD videos.) The season is always available free of charge for HBO subscribers.

The Summer of Our Discontent:
Game of Thrones, Season 2

Tagged as david benioff, db weiss, game of thrones season one review, george r r martin, song of ice and fire, the dothroki, the lannisters, the starks, the targaryens