O coward conscience, how dost thou afflict me…
My conscience hath a thousand several tongues,
And every tongue brings in a several tale,
And every tale condemns me for a villain.

In the middle of the night, in the middle of the closet, I pulled down all the clothes from the shelves and the hangers and covered myself with them. As my younger sister Amy slept in the bed next to mine, and our baby brother slept in his crib in the corner of our room, I dragged all the clothes, shoes, and toys over my legs, body, and face. Then I waited. I never knew how long it would take, so I just had to keep on waiting. Though I kept pinching my arms and legs to stay awake, I eventually fell asleep.

My stepfather’s cursing woke me. When I heard the noise of squeaking bedsprings, I knew he was in my empty bed. The lamp got knocked over, and my stepfather cursed again. His footsteps came toward the closet. I put both hands over my mouth to prevent any sound from escaping.

The door opened. His huge hand groped among the toys, clothes, and shoes. My heart was thumping so loud in my ears, I was sure he would hear it. I couldn’t see Fred’s face: just the dark silhouette of his head and body.

“If you’re in here, you better come out,” said Fred.
I didn’t move.

“I’m the one paying for all the food you eat, and I’m not even your real dad, so you owe me,” said Fred. “Your mom tricked me into marrying her, and I had to take you, too, because your real dad didn’t want you: you owe me.”
He leaned further in, yanking at the clothes.

Eventually, Fred left the closet and got into Amy’s bed. Her cry was immediately muffled by his hand over her mouth. When Fred finished, he said the same thing to Amy that he always said to me and, later, to Jimmy Lee, even though Jimmy Lee was his real son: This means I love you.

After Fred went back to his own room and Amy cried herself to sleep, I hit myself in the head over and over for being such a bad girl. For making him do Amy instead of letting him do me. I was the oldest, I was the biggest, I was the one who should be protecting Amy and Jimmy Lee. That was my job.

Sometimes, though, I just couldn’t take it anymore.

In the middle of my ninth year, in the middle of my first year with a stepfather, when I finally came out of the middle of the closet, my sister Amy looked at me with dead eyes. She never said anything about what Fred was doing: she just ran as soon as he came into a room. Sometimes, she ran so far and hid so well that it took us days to find her. When she was thirteen, she ran away and never came back.

I didn’t blame her. 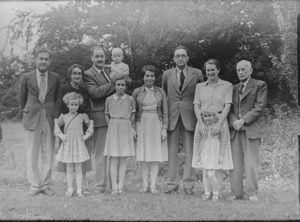 While her own children were small, Amy often complained about Fred’s sexual abuse. I didn’t owe him anything, she said once, and then, one day several years later, without explanation, she simply stopped talking about it.

When I was giving an interview about one of my novels on a radio talk-show, the host asked what had inspired the “intense and unsettling exploration of violence” in my fiction. I told him about the sexual abuse I’d suffered at the hands of my father, stepfather, and mother.

Afterward, Amy called me up, hysterical. She told me that she’d phoned every member of the family and asked whether any of the things I’d said on the radio were true. She claimed that every single person in the entire family remembered things exactly the same way, and that none of it had happened the way I said. Furthermore, everyone said that I was a liar and a storyteller, and that I always had been.

“Were you trying to embarrass me?” said my sister.
“By saying that our parents abused us?”
“Our childhood was perfectly fine and normal,” said Amy.

But I simply couldn’t stop hiding from him.

After all my years of therapy, I guess I don’t feel guilty any longer. But I still feel sad that I wasn’t strong enough to take it from Fred every night. Every day, too, if that’s what he wanted. Sometimes I think I should have let him do me, and me alone, every day and every night, if that’s what it took to protect my younger siblings.

Even if they say they don’t remember.