In my first blog on Darkly Twisted Comedies, I listed some of my favorite comedies, acknowledging that the selected films are often too dark and twisted to be considered amusing by some audiences. That original post was so popular, and generated so much interaction on readers’ parts, that I’ve written a follow-up listing more films in that genre. To my surprise, it wasn’t difficult to find more brilliantly acted, well-written, sometimes award-winning films that are considered “dark comedy.” Sometimes the absurd premise in these films delivers laughs, sometimes the easily recognizable human scenarios are amusing, and sometimes the compassionate view of humanity against its occasionally blatant stupidity is what does the trick. Here’s my next list of darkly twisted comedies, presented in no particular order unless it’s from least to most “dark,” without any Spoilers, so you can enjoy them for yourselves. 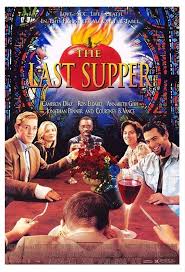 After an accident, a group of five idealistic, liberal graduate students (Cameron Diaz, Annabeth Gish, Courtney B Vance, Ron Eldard, Jonathan Penner) decide to make a difference in the world through action, not talk. Each week, they find someone to invite to Sunday night “dinner and discussion,” where the group attempts to change the guest’s social views. 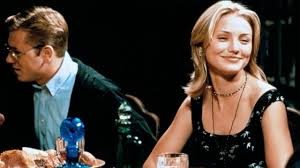 Jason Alexander, and Charles Durning, among others. 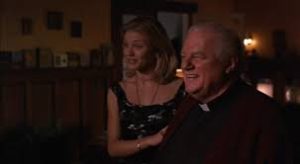 Things quickly go awry, spinning out of the students’ control, forcing each member to re-evaluate his own ethics and morality.

Staged like a play, where most of the action takes place in the confined quarters of the grad students’ dining room and kitchen, The Last Supper is an intriguing exploration of the ever popular “What would you do if…” scenario where you ponder your own hypothetical behavior given a chance to change the world. 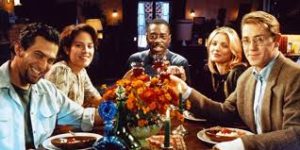 The Last Supper is available to rent for $2.99 on Amazon, and is free if you subscribe to Starz or to DirecTV. 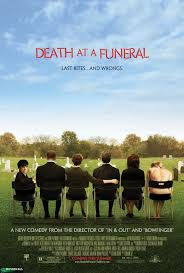 On the day of Daniel’s (Matthew MacFadyen, below R) father’s funeral, everything is supposed to be sedate and dignified. Instead, from the moment the coffin arrives, everything goes topsy-turvy. Daniel desperately strives to maintain order and to stay in control, but everyone else seems to be going mad. From his brother Robert (Rupert Graves, L), 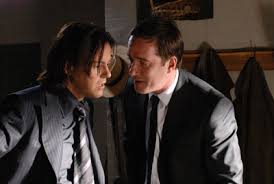 to his wheelchair-bound Uncle Alfie (the late Peter Vaughan), 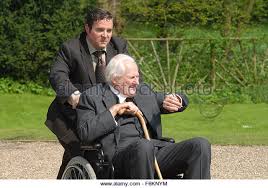 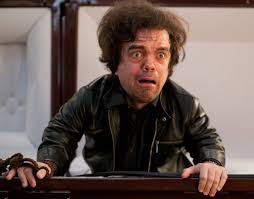 to his cousins (Daisy Donovan and Kris Marshal), 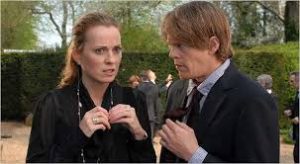 who accidentally drug the fiancé (Alan Tudyk, below, R), 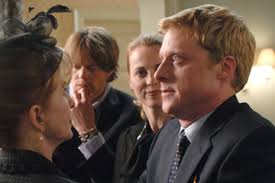 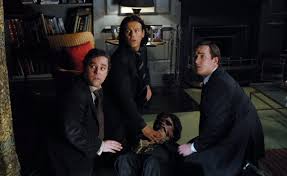 Witty and farcical, with nudity and a few instances of scatalogical humor, Death at a Funeral encapsulates some of the weirdest and most notorious moments possible at a dysfunctional family’s gathering. Death at a Funeral is available for rent for $3.99 (free if you’re a Prime Member) from Amazon.

The 2010 remake of Death at a Funeral, starring Zoë Saldana, Chris Rock, Kevin Hart, James Marsden, and Peter Dinklage, is available free to DirecTV subscribers, but it’s not the version of the film I saw, so I cannot yet recommend it. 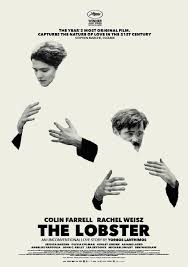 In an unnamed place, in an unspecified future, humans — who are known mostly by their “defining characteristics,”  such as a limp, a lisp, or being short-sighted — are not permitted to be alone. If they are widowed or divorced, they must check into The Hotel, where they have 45 days to find another life partner. Unfortunately, it is not as easy as it seems to find someone to love in this dystopian world since partners are required to be physically alike as well as emotionally compatible. If a Guest cannot find a partner within the time limit, s/he is transformed permanently into an animal released into the woods. Newly divorced David (Colin Farrell) wants to be a lobster if he fails, and is accompanied by his brother, who is now a dog. 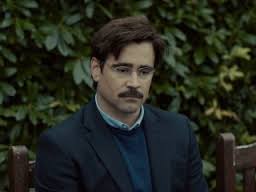 In order to prolong their stay at The Hotel, Guests may earn additional days by going on a Hunt and killing Loners: people who refuse to find a mate and who hide in the Woods, vowing to forever remain single, isolated, and hidden from society. 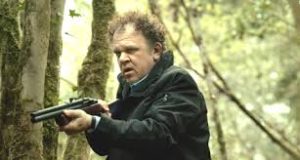 David doesn’t know which life is worse: that of the Guests or the Loners, but he knows he’s lonely and doesn’t want to turn into a dog. 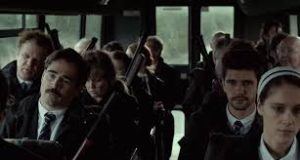 Narrated in VoiceOver by the Short-Sighted Woman (Rachel Weiss), The Lobster  begins with a startling and absurd premise but manages to carry it successfully to its absurdly logical conclusion. 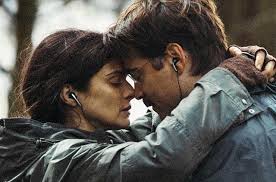 In this new twist on dystopian literature or films, the actors do a wonderful job behaving as if they have no emotions, sexual drives, or otherwise subversive feelings. The Lobster is available for rent for $4.99 (free if you’re a Prime Member) from Amazon and is free for DirecTV subscribers. 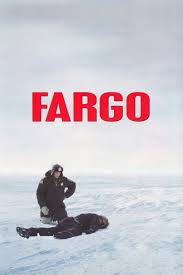 One of the Coen Brothers’ classic films, Fargo explores the world of crime when the criminals are inept, incompetent, and extremely dangerous. Car salesman Jerry Lundergaard (William H. Macy) 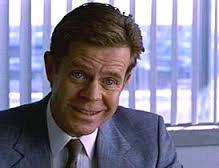 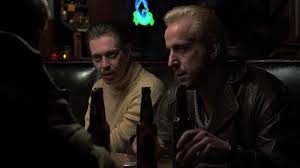 Jerry is über-confident that his wealthy father-in-law will pay the enormous ransom, which Jerry needs for an unspecified reason. It’s a lot of money, but despite his father-in-law’s devotion to his daughter, he isn’t about to let Jerry handle that much money. In any event, the kidnapping immediately goes wrong, 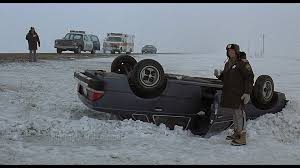 which gets a hugely pregnant local police-chief Marge Gunderson (Frances McDormand) involved. She’s desperately seeking criminals in an attempt to save the kidnapping victim’s life. 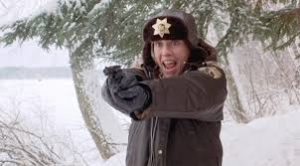 Buscemi shines as the violent, impulsive kidnapper. The Oscar-winning screenplay garnered an Academy Award for McDormand as the quirky but diligent law officer, and an Oscar nomination for Macy as the dull-witted and desperate Jerry. Fargo is available for rent for $3.99 from Amazon, and is free if you subscribe to Showtime or DirecTV. 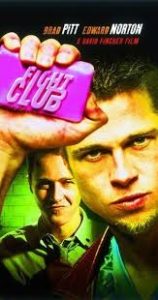 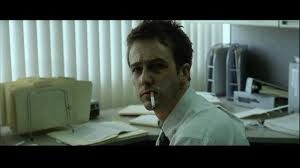 meets a charismatic, renegade soap-maker (Brad Pitt), the two form an unlikely bond. In their desperation to live a fully experienced life, they form an underground Fight Club, where the “first rule of Fight Club is that you do not talk about Fight Club.” 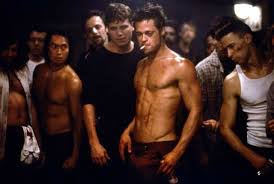 The fights bond the two men until Marla (Helena Bonham Carter) — another support-group Crasher — resurfaces in the Narrator’s life. 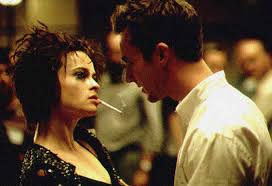 In fact, Marla creates at least as much havoc as the ever expanding club, which begins to spread its exponentially increasing violence outside the metaphorical ring.

Based on the novel by Chuck Palahniuk, this is one of the few films that surpasses its source material in quality, if only because the (book) Narrator’s lines are spread out around the film’s principals. Brilliant and dangerously quirky, Fight Club is worth watching multiple times to get all the important details. Fight Club is available for rent for $3.99 from Amazon or free if you subscribe to DirecTV. 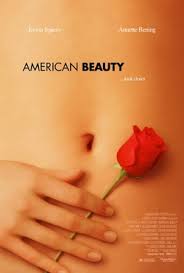 One of the darkest comedies ever made, Oscar-winning American Beauty explores the rot and ugliness beneath the seemingly perfect exteriors of an upper middle-class family and of everyone who comes into contact with its seriously flawed members. Head of household Lester (Kevin Spacey, in an Oscar-winning performance) is about to lose his job to down-sizing, 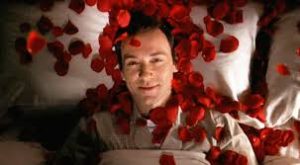 and is despised by his wife Carolyn (Annette Bening, in her best role ever).

Both of them repulse their daughter Jane (Thora Birch),

especially after Lester gets a blatant crush on Jane’s friend Angela (Mena Suvari, on bed). 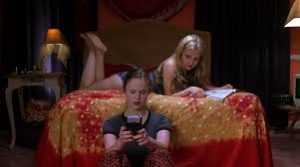 When the new neighbor, boy-next-door drug-dealer Ricky (Wes Bentley), falls for Jane and makes her feel special for the first time in her life, her life becomes intolerable. 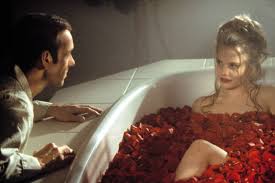 Stunning performances by all actors combined with an Oscar-winning screenplay by Alan Ball take this dark comedy from its amusing beginnings to a much deeper exploration of beauty, happiness, and the meaning of life itself. American Beauty is available for rent for $3.99 (free if you’re a Prime Member) from Amazon, for rent for $3.99 for DirecTV  subscribers, or free if you’re a subscriber to SundanceTV.

Though some of the films contain violence or explicit language, I don’t find graphic or sexual violence humorous, so none contains that. All of the films should be considered for mature audiences, however.

And, as always, if you have any films you’d like to suggest for future lists, I’d love to hear from you (and to see the films).