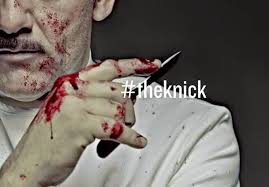 If you missed season 1 of the critically acclaimed Cinemax original series The Knick, a fictional rendering of the beginnings of surgery and novel medical procedures at New York’s The Knickerbocker Hospital, you still have plenty of time to catch up on the first season before the premiere of the second. 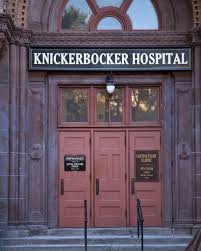 Created and written by Academy Award and Emmy winning Steven Soderbergh, the show stars Clive Owen as the egotistical, ego-maniacal, opium- and cocaine-addicted, and personable Head Surgeon Dr. John Thackeray. He’s determined to beat his colleagues — at any other hospital in the world — at discovering and perfecting new medical and surgical techniques in an era when everything was new and untried.

To the “guinea pig” patients. 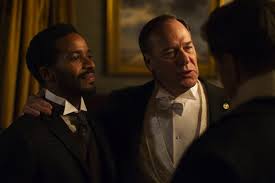 Forced by the hospital’s über-wealthy benefactor, Captain August Robertson (Grainger Hines, above R) to accept “the finest Negro surgeon” in all New York onto the staff at The Knick, Dr. Thackeray makes no effort to hide his racism against the European-educated and trained Dr. Algernon Edwards (André Holland, above L). 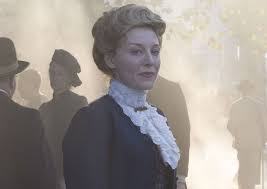 Robertson, with the help of his daughter, Cornelia (Juliet Rylance), who is actively involved in the hospital’s daily operations, means to make The Knick one of the better hospitals in 1900s New York, despite the fact that most of its clientele, being poor or immigrants or both, cannot pay for their treatment. 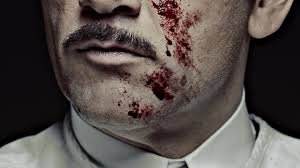 Hampered by a lack of funds, by racism, by sexism, by a corrupt hospital administrator, and by disease outbreaks, the physicians at The Knick battle each other as well as the medical ignorance due to the lack of extensive, documented medical knowledge of the rapidly evolving medical technologies and discoveries, like X-rays. 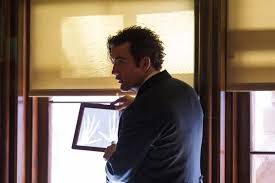 Cinemax and Steven Sonderbergh gave us a compelling medical thriller from the first few moments of the premiere when The Knick aired in 2014.

With an outstanding supporting cast, including Chris Sullivan as ambulance driver Cleary, who literally has to fight for patients, and Cara Seymour as Sr. Harriet, who runs the hospital’s orphanage, The Knick is heart-pounding and intense drama. 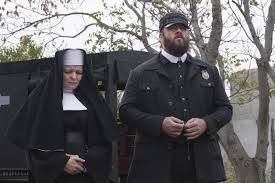 Firmly grounded in extensive historical research, the writing of the show is superb. Viewers are treated like intelligent, sophisticated people who’ll get the ironies without getting metaphorically slapped in the face with them (e.g., when medical staff and family “play” with the new X-ray machines as if it were a toy) and surgical procedures are held in a “theatre,” literally, where anyone can watch as the doctors — without gloves, masks, or any other protection — cut open their patients’ bodies and shove their bare hands inside to “fix” things. 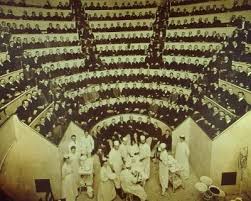 You can watch season one of the Golden Globe-nominated The Knick free on Cinemax if you are already a subscriber. If not, you can rent episodes on Amazon — where the show is rated 8.4* out of 10 — for $1.99-2.99 SD/HD, respectively. Amazon also provides a free trailer for season 1, and a free “About The Knick” trailer, featuring the actors, with commentary.

After you watch the shows from season 1, you can read my blog posts, where comments are always “open” and welcome.

The Most Undindest Cut of All:
Cinemax’s Brilliant Series The Knick (Premiere)

Knick, Knack, Paddy-Whack, Give the Doc a Smack:
Cinemax’s The Knick (episodes 2-4)

Season 1 wasn’t without its flaws, but they were so minor that you might not even notice them if you don’t read my posts where I point out its few weaknesses. Season 2 of The Knick premieres Friday 16 October at 10 p.m. ET. It’s the best thing that’s happened to Friday Nights since popcorn and video-rentals.