War and Peace of Crap: The BBC Mini-Series 2016 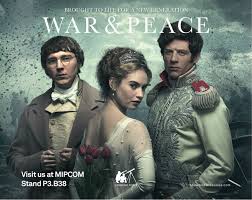 As someone who’s read Leo Tolstoy’s masterful anti-war novel, War and Peace, several times — the latest only last year — and seen the film version of it, I was really looking forward to watching a mini-series adaptation. I mean, honestly, how can you fit 1500+ pages of a complex literary novel with multiple storylines into a 2-3 hour film? So 6 hours for a mini-series sounded pretty good to me. Though I still wondered who, in the great panoply of characters, was going to get short-shrifted.

As far as I can tell, everyone except the few playing the youngest characters got tossed.

Even then, however, the story made no sense.

Or, as Tom so succinctly put it, “This is War and Peace of Crap.”

No, he hasn’t read the book, and I think he was looking to the mini-series as a way of permanently avoiding ever having to read it.

There seemed to be lots of important people there in the cast, but for the life of me, I couldn’t recall who Anna Pavlova (Gillian Anderson) was in the novel. The mini-series didn’t jog my memory. She was only in a few scenes in e1, which in the USofA is being shown in four 2-hour episodes. Since the original BBC production is only 6 hours, that should have warned me right away that there were going to be 2 hours of commercials.

I just hadn’t realized that 90% of those commercial were going to be aired in the first episode.

Here’s how the conversation at our house went last night. 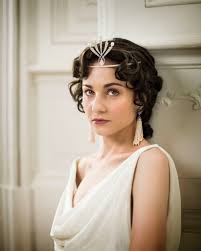 Tom, on seeing Helene, at the opening party: “Hell of a bindi.”

“Russia had a Tsar.”

“And they killed him. So why is she still a princess?” 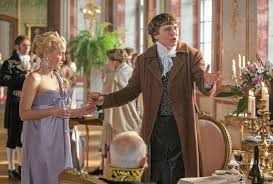 And of Boris, the illegitimate son of a Count.

Tom: “Why doesn’t Gillian like the kid with the glasses?”

“This book is about his invasion of Russia during the War.” 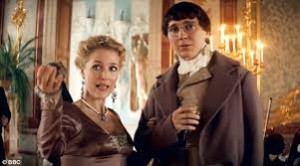 Tom: “Now she likes the kid with the glasses? What happened?”

“He inherited all his father’s money?”

“Don’t you remember the scene with the two women fighting over the leather folder that one of them stole from under the old man’s pillow? It contained the new will, acknowledging Pierre as his sole heir.”

“So, you’re saying his father died?”

“That’s usually when wills get made public, so, yes, Pierre’s father died. Now all the society people who ignored him before want their daughters to marry him. Especially Helene’s father (Stephen Rea).” 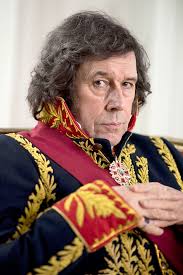 “Does that mean he’s not going to any more drinking and bear-baiting parties?” said Tom. “Or was that some flashback-dream sequence? You know how I hate those dream sequence things.”

“That was the dissolute Pierre. He’s one of the characters that morally improves in the book.”

Tom (snorting): “Fat chance it’ll happen in this thing. Nudge me when this round of commercials is over.” 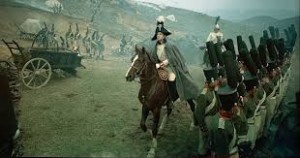 “This is from the Russian perspective.”

“I don’t know, but I’m guessing if we see him, he’ll be wearing the tri-corner hat of the French Republic.”

“What are those hats these guys are wearing? Clown hats?”

“I can’t vouch for the historical accuracy of the uniforms…”

“How can they hear anything with their ears covered?”

“This is the stupidest war I’ve ever seen.” 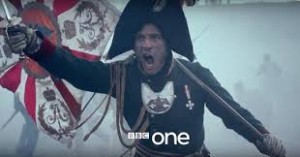 Tom: “That was a bust. These war scenes look like they were made for a stage. They didn’t have the budget to make it look like a real war?” 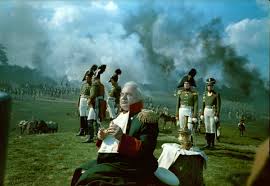 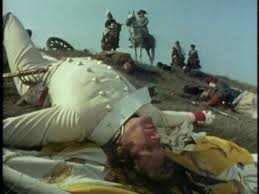 “Wow. So profound. Is he the one who left his pregnant wife because he was so unhappy in his marriage that he wanted to go to the war and die?”

“You’ve read the book. Recently, too.”

“I cannot remember how all these characters are related to each other. As I recall, the pregnant wife dies in childbirth, and the husband didn’t really die, though everyone thinks he did…”

“You already told me you weren’t going to watch the rest of this.”

“Don’t you still have to warn people when you’re about to tell them what happens?”

Tom: “Wake me when this round of commercials is over. Unless I’m snoring…” 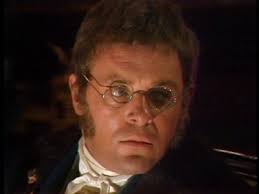 Me: “Someone just tweeted that the Anthony Hopkins’ version of Pierre is much better than this one. As is that entire version of War and Peace.“ 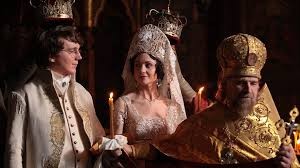 Tom: “The kid with the glasses is marrying the girl with the bindi? I thought she was in bed with someone else.”

“That was the guy who suggested she go after Pierre because of all his money and houses and land. Then she said, ‘But you don’t have to sleep with him’.”

“The guy with the glasses.”

“I thought you said Anthony Hopkins was playing him.” 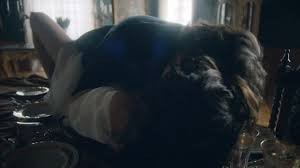 Tom: “Hey, isn’t that the wife of the kid in the glasses?”

“You’re supposed to wake me up for the good parts. You know that.” 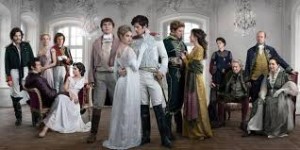 Me: “I just tweeted that it’s official: this version of War and Peace was based on CliffNotes, and not on the book itself.”

“When do we get to see Napoleon?” said Tom.