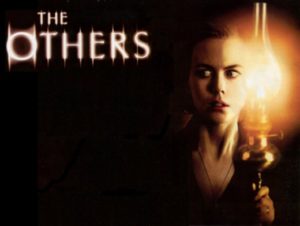 Okay, so the lit-tra-chure purists complain that this film, which some say was inspired by Henry James’ novella The Turn of the Screw, isn’t really like the book. In The Turn of the Screw, a governess at an isolated estate with two young children in her care claims that she sees ghosts. Further, the governess becomes convinced that the children already know about the ghosts even if they never admit to actually seeing them. Because the governess is completely psychologically unreliable, and because viewers’ perspective is limited to that of the emotionally vulnerable woman, we never know if there are actually any ghosts roaming about the old mansion or whether the governess is losing her mind.

Some film buffs prefer the 1956 Deborah Kerr version of The Innocents to Alejandro Amenábar film The Others because they say the former is closer to James’ book, and The Innocents is a fantastic suspense film. But for a suspense film that I want to watch over and over, give me Nicole Kidman and the stunning child actors in The Others (2001), written and directed by Amenábar, which is a combination ghost story and psychological suspense thriller. Like the governess in Turn of the Screw and The Innocents, Kidman’s character is alone in an isolated mansion with two young children, and strange things begin to happen. Strange things that make her character wonder if she’s losing her mind. But unlike either the novella or the earlier film, what’s really happening in The Others is even more horrifying than anything the isolated woman might imagine. You’ll have to watch the film several times to see all the clues you missed the first time, but you won’t mind because The Others is one of the best suspense films ever made. 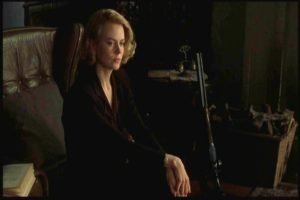 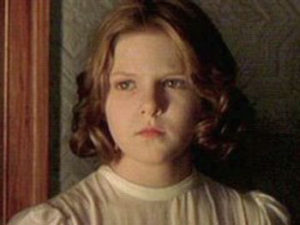 Alikina Mann as Anne, The Others © Lionsgate 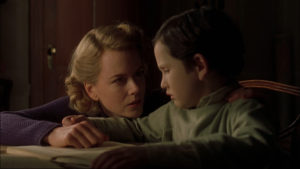 Nicole Kidman as Grace, and James Bentley as Nicholas, The Others © Lionsgate

while waiting for her husband (Christopher Eccelston) to return from the War. 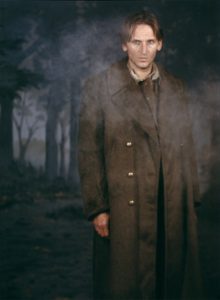 Christopher Eccelston as Charles, The Others © Lionsgate

All the servants have deserted the house, without warning, so Grace and her little family are very anxious and alone. When three servants mysteriously appear, Grace somewhat reluctantly accepts their help. Mrs. Mills (Fionnula Flanagan) assures Grace that, though they did not come specifically in answer to Grace’s advertisement, the trio has not only been in service, but that they have preciously worked in this very house. 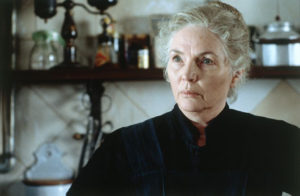 Fionnula Flanagan as Mrs. Mills, The Others © Lionsgate

Mrs. Mills will be the housekeeper and cook, the mute Lydia (Elaine Cassidy) will clean, 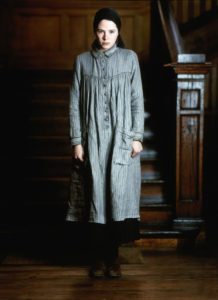 Elaine Cassidy as Lydia, The Others © Lionsgate

and Mr. Tuttle (Eric Sykes) will take care of the grounds. 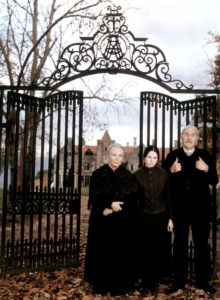 Besides the mysterious arrival of the servants, there are some other strange things going on in this lonely house. The children Anne and Nicholas suffer from Xeroderma pigmentosum, a rare genetic disorder in which the body’s ability to repair damage caused by ultraviolet light is deficient. To protect the children, all the curtains have to be kept closed in any room through which the children might pass. 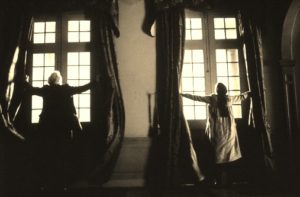 To prevent the children from getting horrific burns caused by accidental exposure to sunlight, the doors to each room must be closed and locked before another door is opened. Mrs Mills is not the only one to think things are… well, odd in the house.

Because of the War, or the children’s “condition,” or both, Grace home-schools Anne and Nicholas, though she sometimes forces her own Catholic beliefs on them when they clearly have formed their own, contrary opinions about God, the afterlife, faith, and Bible stories. 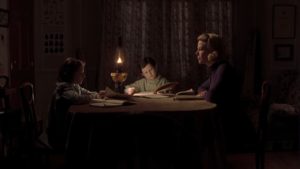 Alakina Mann as Anne, James Bentley as Nicholas, and Nicole Kidman as Grace, The Others © Lionsgate

Besides the “returning” servants, the spooky fog that always surrounds the house, and the children’s “condition” which makes almost total darkness and locked doors a necessity, there’s something else really scary and nerve-jangling going on in the old house. 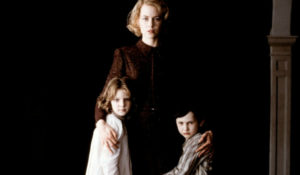 Nicole Kidman, Alakina Mann, and James Bentley, The Others © Lionsgate

Noises, knocks, bumps in the night, crying, voices, weeping… Grace thinks the children are playing pranks on her. Then she thinks the servants are just being downright unprofessional by making such a racket. But then, slowly, she begins to suspect that there is something even more frightening going on. 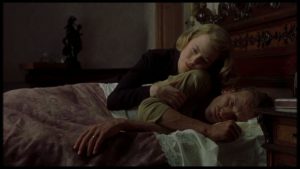 Nicole Kidman as Grace, and Christopher Eccelston as Charles, The Others © Lionsgate

More frightening than the behavior of her husband Charles, whom she discovers in the woods around the house, who seems to have returned from the War in body, though not in spirit. 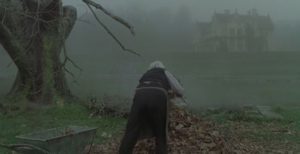 Eric Sykes as Mr Tuttle, The Others © Lionsgate

More frightening than Mr Tuttle’s covering all those graves with dead leaves, which Grace doesn’t even know about yet.

When her daughter Anne begins to insist that she’s heard — and seen — other people in the house — a little boy named Victor, in particular — Grace gets terrified. She’s not afraid that she’s losing her mind, however: she’s more convinced that the house has somehow become haunted, and that, furthermore, the ghosts are determined to hurt her children. 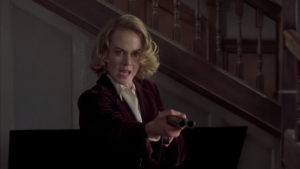 Winner of 8 Goya Awards (Spanish Academy Awards), and the first English-language film to win the Goya for Best Picture without having a single word of Spanish in it, The Others has no special effects whatsoever, but it’s one of the best horror films ever made. Nicole Kidman, who “succeeds in convincing us that she is a normal person in a disturbing situation,” was nominated for a Golden Globe and a BAFTA (British Academy Awards) for Best Actress.