This Is Your Brain on Migraine 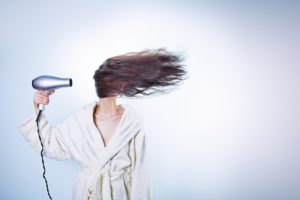 Impacting not just the head but the entire body, migraine is the most common neurological disorder, affecting 10-15% of the adult population. For comparison, epilepsy is the fourth most common neurological disorder (after migraine, stroke, and Alzheimer’s disease). Unfortunately, few people completely understand the mechanism of migraine. Even doctors, neurologists, and scientists who specialize in migraine research do not necessarily understand everything about this disorder, if only because few of them have ever suffered its agonizing pain.

To make the process of migraine clearer for everyone, let’s imagine your body as a house run entirely by electricity. When the power supply works well and is uninterrupted, you have all the modern conveniences: light, heat, air-conditioning, refrigeration, computers, and Internet. The brain’s 100 billion nerve cells (neurons) are your body’s power system: its wiring and its electricity. Neurons enable you to breathe, move, and think. The neurons in the brain’s outermost layer — the cortex — process information from the senses, regulate body temperature, initiate movement, and enable such complex processes as memory, attention, speech, analytical thinking, and problem-solving. Electrical power makes your house and your body run more efficiently.

Now, imagine your house during an electrical brownout. Too little voltage, as in a dip, and lights noticeably dim, fans slow, and electronic devices sound a warning. Too much voltage, as in a surge, and appliances and electronics can be damaged. This is your brain during an aura. Cortical neurons fire abnormally, in dips and surges, causing symptoms which can include visual disturbances, nausea, clumsiness, or vertigo. Strange tastes, unusual smells, rapid fluctuations in body temperature, and speech difficulties are relatively common. The irregularities in your brain’s electrical system during an aura’s brownout can cause insomnia, depression, irritability, anxiety, brain-fog, and fatigue.

Of course, if you aren’t home during an electrical brownout, or if you’re asleep during an aura, you won’t notice the electrical havoc. Only 20-25% of those with migraines report aura, though some researchers suspect that migraine sufferers may not always notice aura symptoms or associate them with subsequent head pain. Some people with migraine may not associate fleeting irritability, occasional insomnia, or mild depression with an aura because, just as electrical brownouts are not always followed by a complete power outage, auras are not always followed by the crippling pain of a migraine.

Now, imagine your house during a complete power outage. Though the house is still standing, nothing in it that depends on electricity will work. That means no light, no washers and dryers, no television or computers. Without electricity, almost all modern conveniences are unavailable or inoperable. This is your brain on migraine. Instead of firing abnormally, in dips and surges, the cortical neurons across the brain begin to shut down completely. In a wave called Cortical Spreading Depression (CSD), the neurons in the brain’s cortex — the nerve cells that process sensory input, control movement, and enable both speech and thinking — go into “electrical silence” and don’t fire at all. It’s a power outage in your brain. 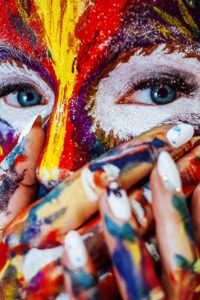 Why is this neural blackout in the brain so painful? Research indicates that migraine pain is likely due to inflammation of the trigeminal nerve — the largest nerve in the head — responsible for motor control, touch sensation, and pain perception in the scalp, face, eyes, nose, sinuses, cheeks, jaw, teeth, and gums. This inflammation of the trigeminal nerve appears to be directly triggered by the brain’s electrical blackout during Cortical Spreading Depression. When deliberately induced in the brain of a rat, a CSD neural blackout activated the pain-transmitting trigeminal nerve system in the meninges: the sensitive membranes covering the brain. Trigeminal nerve pain, as anyone who has ever experienced a migraine knows, is excruciating and debilitating. 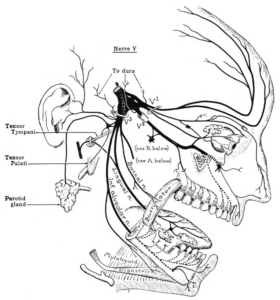 Usually, after a blackout in a residential area, electrical power is restored, and life in your home returns to normal. Since people rarely die during power outages, they are usually not life-threatening. You don’t suffer physical pain during a power outage either, so it’s merely an inconvenience. This is where the analogy ends.

People with migraine suffer incapacitating pain during CSD’s neural blackout. Even after a migraine, when the neurons start firing relatively normally again, it’s highly probable that another wave of CSD and its associated pain will strike. Despite taking medication, effecting lifestyle changes, and avoiding as many triggers as possible, people with migraine cannot entirely eliminate the auras or the pain. Unlike the electrical system of a house, which can be upgraded to reduce brownouts and power outages, our brains cannot be upgraded to reduce abnormal neuron-firing, Cortical Spreading Depression, or CSD-triggered migraine pain.

There is some good news, however. In 2017, an international team of researchers discovered a “genetic particularity” that is more common in those who have migraine, with or without aura. This is the “first irrefutable genetic link” regarding the most frequent forms of migraine. Perhaps, one day soon, researchers will be able to determine ways to adjust and regulate the brain’s complex electrical system, reducing or even eliminating the neural brownouts that are thought to cause aura, as well as the CSD neural blackouts that trigger the incapacitating pain of migraines. 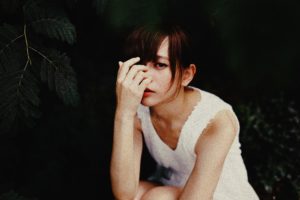 [Illustration of trigeminal nerve branches credit:
Trigeminal Nerve Branches, by John Charles Boileu Grant,
An Atlas of Anatomy, by Regions, 1962. Public Domain. Courtesy of Wikipedia]
(A version of this article was originally published on MigraineMantras.)

2 Responses to This Is Your Brain on Migraine