What Is Hemiplegic Migraine? 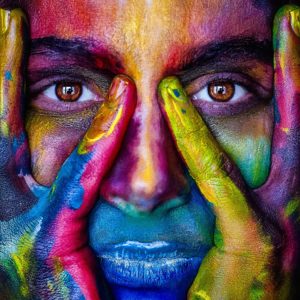 The smell of smoke woke me in the middle of the night. I got out of bed fast, prepared to evacuate my apartment. I heard people talking and assumed that others were already leaving the building. When I got to the hallway, however, it was empty: there was no smoke, and there were no people.

Cautiously, I went to the floors above and below mine, where I could still smell something burning and hear the hum of voices. I went to the parking lot, thinking people were congregating outside. No one was around, and all the apartments in the building were dark. I went back to my place, firmly convinced that there was an electrical fire in one of my outlets.

After an hour of crawling around smelling each outlet, I was more confused than ever. No smell seemed to be coming directly from any of the outlets, yet when I stood back up, I could most definitely smell electrical fire. I could still hear people talking, too, though no one seemed to be close enough for me to hear them clearly: I couldn’t make out the actual words of the conversation. I was up most of the night, crying and waiting for disaster to strike. The next day, when I smelled gasoline and still heard several voices faintly talking to each other, despite my being at home alone all day, I thought I was losing my mind.

Gasoline, cigarette smoke, electrical fire, propane gas – I’ve smelled all of them for no reason in my life, and it took years before I was brave enough to admit it to anyone. Even then, I only told my doctor because I was also experiencing such dreadful tingling and weakness in my left hand that I kept dropping things, and because my left foot was numb so often that I limped and stumbled along, unable to feel my foot.

When I finally admitted smelling strange, non-existent odors, along with hearing “voices” without understanding the words, my doctor began to question me about other possible symptoms. She mentioned strange tastes, temporary mental confusion, an infrequent inability to speak, instances of my words coming out jumbled and mixed up, or my losing consciousness without warning.

I’d been having non-convulsive seizures during the migraine attacks at least since the age of 9, when a doctor noticed that I sometimes lost consciousness during migraine. Because I was diagnosed with migraine at age 5, and because virtually all the women in my family also had migraine, the doctor said she thought she knew what was causing all those frightening neurological symptoms.

After sending me for multiple medical tests to ensure that I was not developing multiple sclerosis and that I had not had a stroke, the doctor diagnosed Familial Hemiplegic Migraine, a rare form of migraine disorder. 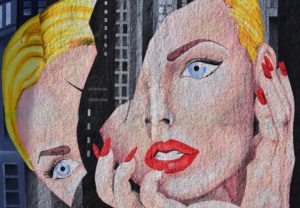 Hemiplegic Migraine (HM) is caused by mutations in one of at least 4 genes, preventing the neurons from firing normally, causing partial numbness, tingling, or paralysis on one side of the body (hemiparesis) along with the other migraine aura symptoms such as visual disturbances or speech difficulties. HM can also cause impaired consciousness, ranging from confusion to profound coma. Familial HM is inherited: other family members with migraine have similar neurological symptoms. Though Sporadic HM can occur after head trauma, and though he same genetic mutations are involved, Sporadic HM is not inherited, so it does not run in families.

The pronounced neurological symptoms of Hemiplegic Migraine make it a subdivision of Migraine with Aura, which can cause heightened sensitivity to smells and to light, as well as nausea and vomiting during the migraine itself. Although the debilitating pain of migraine does not always follow the aura symptoms of light sensitivity or nausea in other forms of migraine, virtually everyone who experiences the one-sided neurological symptoms of Hemiplegic Migraine, whether familial or sporadic, has the excruciating one-sided head pain after the aura.

Though it’s uncommon for the neurological symptoms to remain after the pain of the migraine has passed, HM can cause prolonged weakness, extended memory problems, or mild but permanent difficulties with movement and coordination. A few doctors and researchers seem to believe that Hemiplegic Migraine “disappears” after age 50, but most people do not get miraculous relief from these migraine attacks as they age. Unfortunately, triptans and ergotamines, which are sometimes used to prevent or treat other forms of migraine, are contraindicated in those with Hemiplegic Migraine because those prophylactic medications often trigger strokes.

Despite the worrying symptoms, a diagnosis of Hemiplegic Migraine can actually be a relief for migraine sufferers. Their strange neurological symptoms are part of a rare migraine disorder that not only has a name, but is a recognized illness and disability.

6 Responses to What Is Hemiplegic Migraine?