When Jesus Comes to New Mexico: Good Friday in Chimayó 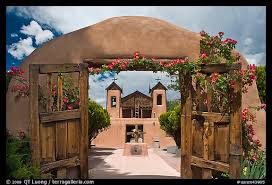 Each year during Holy Week, especially on Good Friday, Jesus of Nazareth comes to Chimayó (chee-my-Ó), New Mexico, about 24 miles north of Santa Fe, in the form of approximately 30,000 pilgrims who re-enact Christ’s Passion and Crucifixion by walking, sometimes hundreds of miles, sometimes from as far away as Mexico and Louisiana, to visit the historic landmark Chapel. 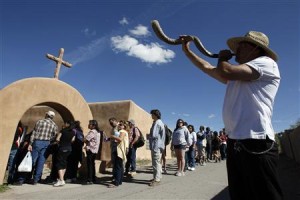 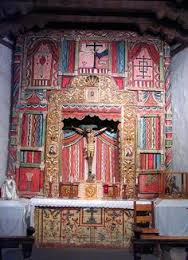 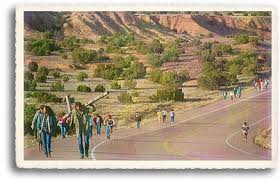 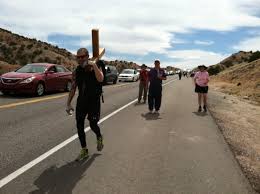 Roads are blocked off and sometimes closed to make room for the pilgrims, many of whom walk for days to reach Chimayó by noon, so that they can be there between 12-3 — the hours when Catholics and Christians believe that Jesus of Nazareth suffered and died on the cross. 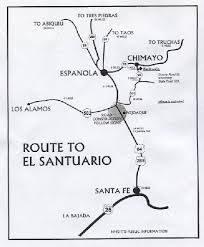 The chapel provides a map of routes for the pilgrims once they are closer to Chimayó, with advice and instructions on how to make their pilgrimage more spiritual. 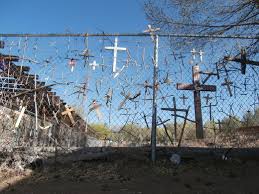 Pilgrims who do not carry large crosses often have smaller ones, many of which are homemade, which they frequently leave on the fence (above) surrounding the open-air “chapel” (below) behind El Santuario. 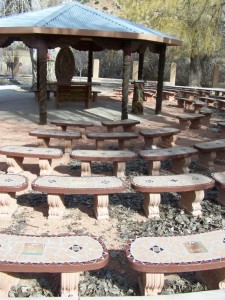 Seeing all those crosses is very moving, no matter what your personal religious views. Visitors of all faiths and beliefs can feel the spiritual energy of the pilgrims who have traveled great distances to leave their offerings and gifts. 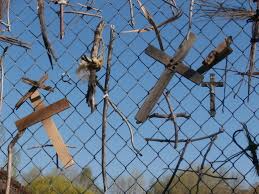 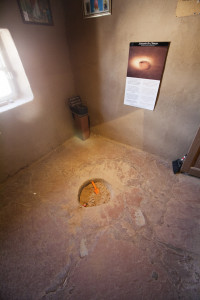 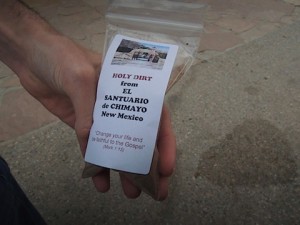 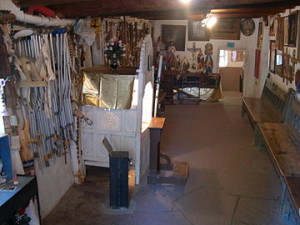 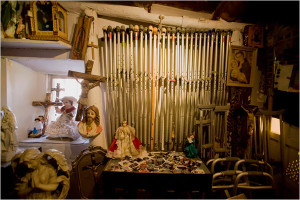 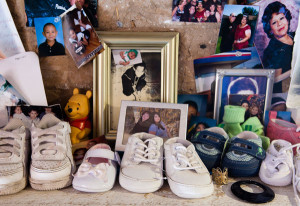 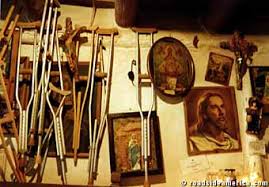 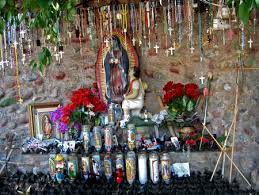 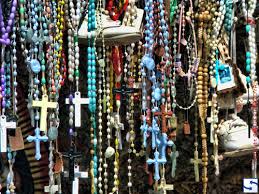 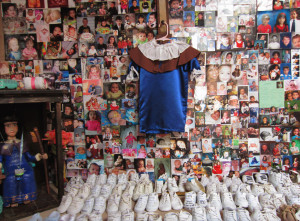 Though, of course, visitors may take some of the healing dirt, they are asked not to steal any of the rosaries, photos, and other offerings left by pilgrims. (Rosaries can be purchased in the gift shop.) 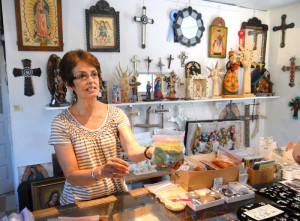 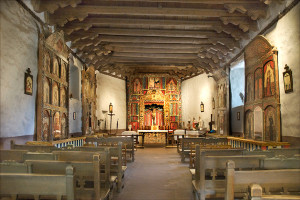 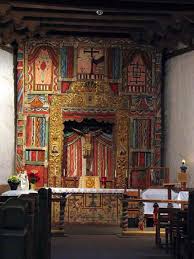 The front altar is comprised of some of the most beautiful artwork I have every seen, and because El Santuario is an historic landmark, it is well preserved.

Unfortunately, if you’re not already in Chimayó or even New Mexico today, you will probably not be able to make it to El Santuario because of the crowd of pilgrims. 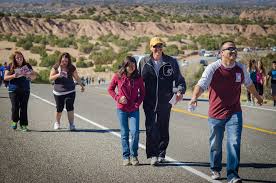 You can visit at any time of the year, however, as we did.

We found it more peaceful and moving when we went at a quieter time of the year, since it allowed us to be more introspective. 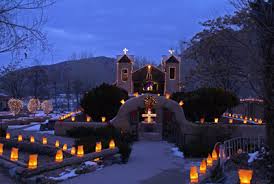