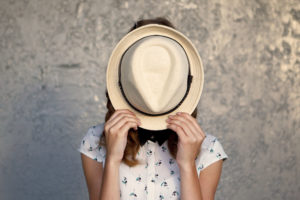 I was so shocked that I just sat there staring at him, and not just because he’d said I sounded impaired. I was first diagnosed with migraines at age five and have suffered from the throbbing head pain, vision changes, vomiting, and sensitivity to light, sounds, and smells all my life, as have many of the women in my family.

When I was 9, a doctor realized that I was having seizures when I had a migraine attack, though he did not give the headaches I was experiencing a different name. In my mid-thirties, a migraine specialist determined that I suffer not only from complex-complicated migraines but also from familial hemiplegic migraines, which are rare.

Most frightening, this type of migraine can cause changes in consciousness including seizures or coma. No one in my family who suffered from migraines ever carried anything other than pain medication, and though migraines with aura significantly increase the risk for stroke, no one in my family ever wore a medical alert. Now, however, medical ID bracelets are being recommended for people diagnosed with hemiplegic migraines since so few physicians are familiar with the symptoms.

Once I got over my initial shock at my doctor’s suggestion that I wear a medical ID bracelet, I welcomed the idea of the bracelet, if only because I thought I would feel safer wearing a medal with “Hemiplegic Migraines, Aphasia & Seizures” inscribed under my name and emergency contact numbers. To my surprise, I was terribly depressed upon receiving the bracelet. For months, I was so depressed that I found myself constantly “forgetting” to put the medical alert bracelet on. Because my doctor insisted I wear it, I had to figure out why the medical ID bracelet depressed me. This is what I came up with.

My medical condition was no longer private.

Many people describe migraines as an “invisible illness” because the suffering can’t be seen, and I suppose I felt more comfortable having a condition that most people didn’t know about. With the medical ID bracelet, instead of my life partner and close friends being the only ones who know I have migraines, everyone who sees me now knows something’s wrong with me. I’m wearing a bracelet that says so. Even though the bracelet is for my safety, it felt like an intrusion into my privacy.

I take care of myself by getting plenty of sleep, avoiding dietary and situational triggers, and by walking, doing yoga, and meditating almost every day. I’ve tried every anti-depressant and anti-seizure medication on the market to get my migraines under control, but wearing a medical bracelet listing my condition made me feel as if I hadn’t done enough. The bracelet didn’t change the frequency or severity of my migraines, but it made me feel I have somehow failed to prevent them.

Migraines are neurological conditions, and researchers are still investigating whether all types of migraines may be inherited. Both sporadic (not inherited) and familial (inherited) hemiplegic migraines definitely involve genetic defects or mutations that upset neurochemicals in the brain, causing the symptoms of the aura and the pain of the migraine. Despite knowing all that on a conscious level, having to wear the medical ID bracelet made it somehow seem as if the migraines were my fault, which I had never felt before.

I readily admit that I’ve had to make a lot of lifestyle changes and adjustments because of my migraines. I can’t go to concerts or movie theatres because the high volume triggers a migraine. I avoid grocery aisles with humming or flickering fluorescent lights that can instantly cause both a severe migraine and its associated seizures. I use only unscented lotions, soaps, or shampoos, nor can I be around anyone who’s wearing perfume because it causes migraines. I have to know every ingredient of every dish I eat that I don’t make myself to avoid food triggers like artificial sweeteners or additives (e.g., MSG): those things can cause migraines, and hemiplegic migraines can cause seizures which can lead to coma.

I’ve been called “neurotic” by more than one person in my life, including doctors who dismissed my symptoms as “all in my head” when they didn’t know anything about hemiplegic migraines. I guess I never minded being considered “neurotic” because I knew that I was taking care of myself. Though I’m unable to work when I have a migraine, I never considered myself to have a chronic illness let alone a disability. Wearing the medical ID bracelet made me feel like I was chronically ill as well as disabled. Further, the medical alert made me feel like I was wearing some shameful Disabled sign on my forehead for everyone to see. 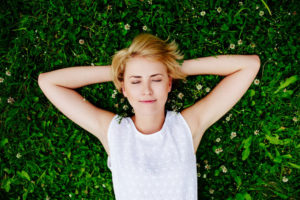 To my surprise, my life partner was very pleased when I got the ID bracelet. He admitted, for the first time in almost 25 years together, that he has always been concerned about my having a migraine-induced seizure: he worried that he would be unable to adequately explain hemiplegic migraines to medical personnel. The instructors in my T’ai Chi and Kundalini Yoga classes looked so relieved when I showed them the bracelet that I felt quite guilty for not having gotten it sooner. When I went to a new dentist and then to an oral surgeon to have a dying tooth extracted, both doctors immediately asked about the medical alert and were then pleased to know that my medical condition, which neither had ever heard of before, was clearly indicated on the bracelet.

One day when I went to the grocery last month, I actually forgot to put my bracelet on. After I realized that I’d left it at home, I became anxious that I might experience an aura and have difficulty speaking while I was among strangers. That was when I understood that my initial depression over wearing the medical ID bracelet had completely disappeared.

After wearing my medical ID bracelet for almost a year, I can honestly say that I am happy to have it. I wear it every day, even at home, and have it on 24-hours a day when I have a migraine in case of seizure. I feel only safety wearing the medical alert bracelet now, and I encourage anyone who has a severe, chronic, or rare medical condition to wear one. 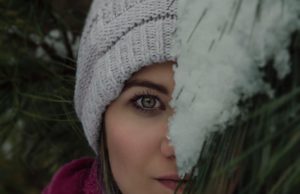 For more of my migraine articles,
see my Migraine & Chronic Pain page.

This article, in a slightly altered form, was first published
on  The Mighty and reprinted on MigraineMantras.